The Insurance Ecosystem – become part of it or go extinct

It’s been estimated that those slow to respond to disruption from agile competitors could suffer market erosion worth a total of $198 billion worldwide in the next five years. Consider participating in ecosystems to disrupt, instead of being disrupted, as one study recently stated.

By the end of the session, delegates will: 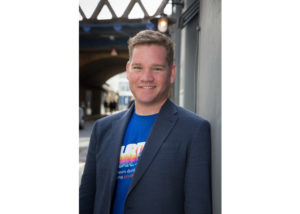 Craig Olivier, Chief Technical Officer – Genasys
Craig Olivier has been at the heart of Genasys for over 20 years and was part of the original team that started the development of SKi®. After finishing his studies in software design, he joined Genasys where he quickly climbed the ranks to become the youngest director in the company. He started his career at Genasys as a developer and subsequently headed up the development team, before moving into a more client-facing role where he was appointed as Sales Director. In 2018, Craig was responsible for opening up the first international Genasys branch in London, where he assumed the role of Vice President of Technical. In 2020, Craig was appointed as the Chief Technical Officer for both the SA and international businesses